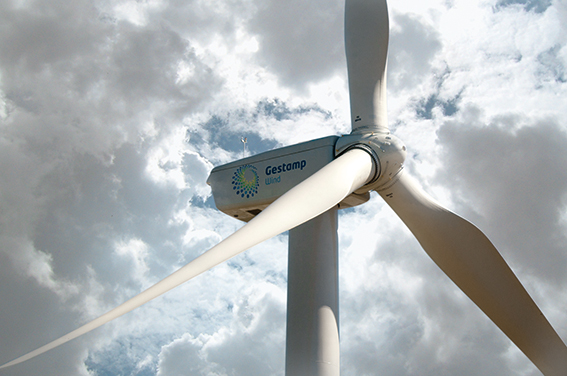 (Madrid, 6 th November, 2014) Dionisio Fernandez, CEO of Gestamp Wind said “We have strong confidence in the South African REIPP programme despite temporary delays in the Round 3 closing and the announcement of Round 4 . The group is continuing with its projects and investments in South Africa by opening the biggest wind tower factory on the African continent this month”.

Gestamp Wind is the only integrated player that is supplying both wind energy and industrial manufacturing components to South Africa, testament to its long term confidence and commitment to the REIPP programme in South Africa. Mr. Fernandez added “with this investment South Africa does not need to import any further steel towers for its Renewable Energy Programme and demonstrates that we have been effective in assisting the South African government with fulfilling one of the key objectives of the programme, which is establishing local manufacturing facilities, job creation and transfer of skills in South Africa.

Gestamp Wind launched its world-wide sustainability report 2013 in South Africa today, which showcases the Noblesfontein Wind Farm socio economic and enterprise development project as the model to be implemented world-wide. Through the Noblesfontein Educational Trust the company trained 36 learners in electrical, electronic and plumbing skills in a 3 year programme, while the Noblesfontein Enterprise Development Trust established SMME businesses in security, birds and bats monitoring, repairs and maintenance, with more opportunities continuously being identified.

Gestamp Wind entered South Africa in 2010. In 2011 it was awarded the tender for the construction of a 73,8 MW wind farm located in the Karoo area on the farm Noblesfontein near Victoria West. The wind farm, with an approximate investment of R1.5-billion, was delivered on time and on budget and became operational during the second quarter of 2014. Gestamp Wind is also participating in Round 4 of the REIPP public tender process for another wind project of 102 MW, giving continuity and further impetus to its long term strategy in South Africa.

For more information regarding the company, a corporate video and its sustainability report, access the company’s website at www.gestampwind.com.